Part of a world network of 727

Donate to the Biosphere Centre!

We are excited to share an exciting new StoryMap that shares a foundational chapter in science and conservation history on the west coast of Vancouver Island. Back in the 1990s, west coast residents created a grass-roots environmental research organization called the Clayoquot Biosphere Project (CBP). 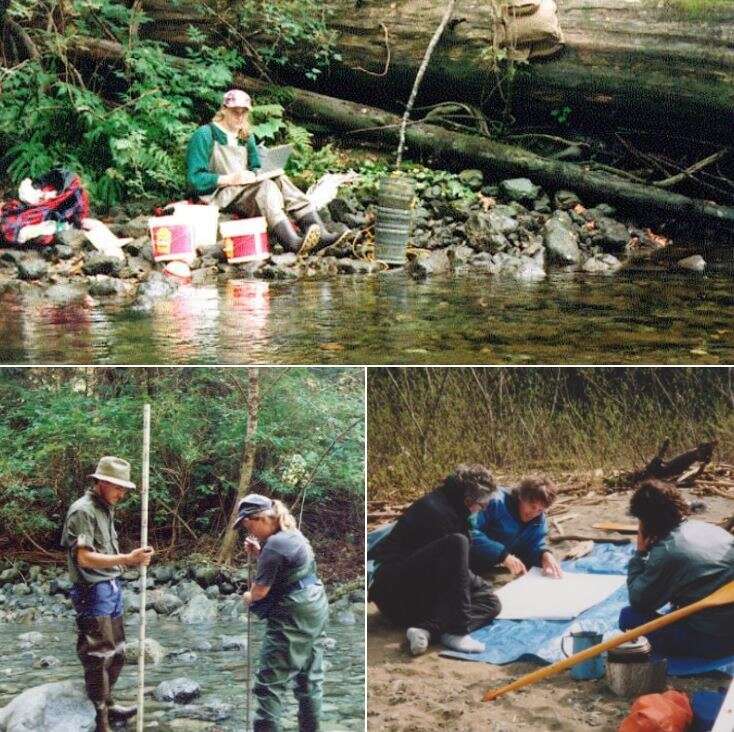 During a time of major tension about forestry practices in the region, the CBP aimed to observe and learn from the ecologically undisturbed forests and rivers of Clayoquot Sound. The project contributed to the eventual UNESCO Biosphere Region designation in 2000 and the formation of our organization, the Clayoquot Biosphere Trust!

Check out the StoryMap

The CBP StoryMap is part of a collection on Science and Conservation in the Clayoquot Biosphere Region put together by West Coast NEST. It shares background information and research highlights from the Clayoquot Valley, in the heart of Tla o qui aht Tribal Parks' Ha'uukmin Tribal Park. Please note that the activities described in this StoryMap took place 20+ years ago; today, Tla-o-qui-aht Nation is visioning how to manage this sacred place, and as such are not welcoming visitors without permission into the Clayoquot Valley portion of Ha'uukmin Tribal Park.

Since 2017, the Clayoquot Biosphere Trust has collaborated with the University of Washington Tacoma to conduct ongoing water-quality research on the physical, chemical and biological oceanographic conditions in the fjords of Barkley and Clayoquot Sounds. UW Tacoma has been conducting this research in the region since 2000 and have a vast collection of data as a result. This partnership is mutually beneficial as it provides us with a broader knowledge of local conditions as well as giving the students real world data collection and analysis experience.

Reflections on the book "Communities, Conservation and Livelihoods"

The book Communities, Conservation and Livelihoods, edited by Anthony Charles, is an account of these community stories recently co-published by the Community Conservation Research Network and the IUCN Commission on Environmental, Economic and Social Policy (CEEP). When taken together, these community experiences demonstrate how each community in its own unique way has learned the value of working together when guided by shared conservation principles and partnerships for mobilizing support for local economic and ecological solutions.

These awesome projects are past Biosphere Research Award recipients

Since 2015, the CBT has granted an annual Biosphere Research Award of up to $20,000 to local research projects that will help enhance the vitality of our intertwined ecosystems and communities.

The CBT collaborates with the University of Washington-Tacoma to conduct ongoing water-quality research on the physical, chemical and biological oceanographic conditions in the fjords of Barkley and Clayoquot Sounds.

We are excited to announce that the 2020 Biosphere Research Award will help support a large research collaboration to better understand juvenile Chinook salmon survival and growth during their first year of life in the freshwater and marine environments of West Coast Vancouver Island (WCVI).